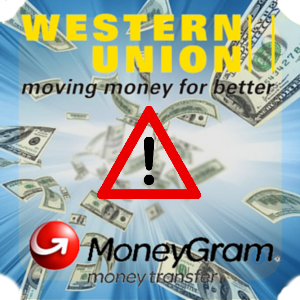 In the most cases, scammers prefer to use the following money transferring services: Western Union or MoneyGram.

Why are they the most popular?

How not to get involved in financial scamming